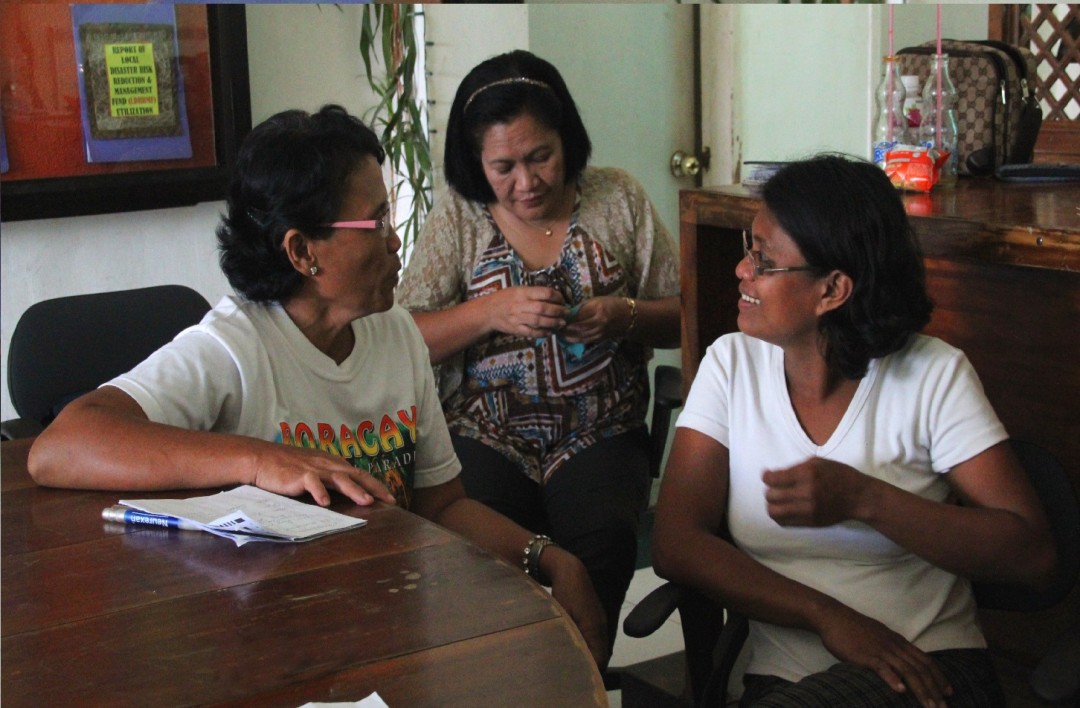 When women gather together, it is all too easy to assume that they are gossiping, about their own lives and about common acquaintances. Indeed, this has become such a typical Philippine scenario that this is commonly portrayed in local films and sitcoms, usually exaggerated to showcase what is seen as the Filipino women’s propensity for chatter.

The group, composed of women ranging from their late 20s to their mid-50s, certainly loved to chat, if their conversation was any indication. Their discussion was animated, even bordering on being festive at times. Their voices rose and fell at certain times, occasionally rising when the speakers became impassioned in their statements, and falling when they brought up topics that they considered as taboo.

However, these women did not gather to gossip; instead, they came together to work together for a common purpose: to serve as the Gender and Development (GAD) Council of Madalag, Aklan.

Besides their gender, it did not seem that these women had much in common.

Rhea Katimpo, 29 years old, is a day care worker who is highly active in her church.

Princess Molas, 32 years old, is a barangay councilor who also volunteers in a non-government organization in their village.

Stephanie Macalandang, 36 years old, while working as a Supplementary Feeding Coordinator, is actually an Education graduate who is unable to work in the profession because she could not pass the Board exams, which she has taken for five times already.

Dolores Novial, 56 years old, is a housewife who is happily taking care of her three-year-old grandchild.

Remedios Igo-Igo, 58 years old, describes herself as a “simple mother and housewife” who, while being a high school graduate, has managed to have six out of her eight children finish their college schooling, with the other two still currently studying to get their degrees, through her and her husband’s combined efforts in farming.

← Women find worth in welding